Council received reports of significant sea surge inundation and erosion of the south-western end of Mud Alley at Foul Bay following a storm event in July, 2021.

The erosion damage to the sole access road into the settlement was enough to warrant interim protection works.

“A heavy-duty sand bag levee protection at the southern end of Mud Alley will start soon.

“Council has received in-principle design approval from the Coastal Protection Board and a contractor has been appointed.” 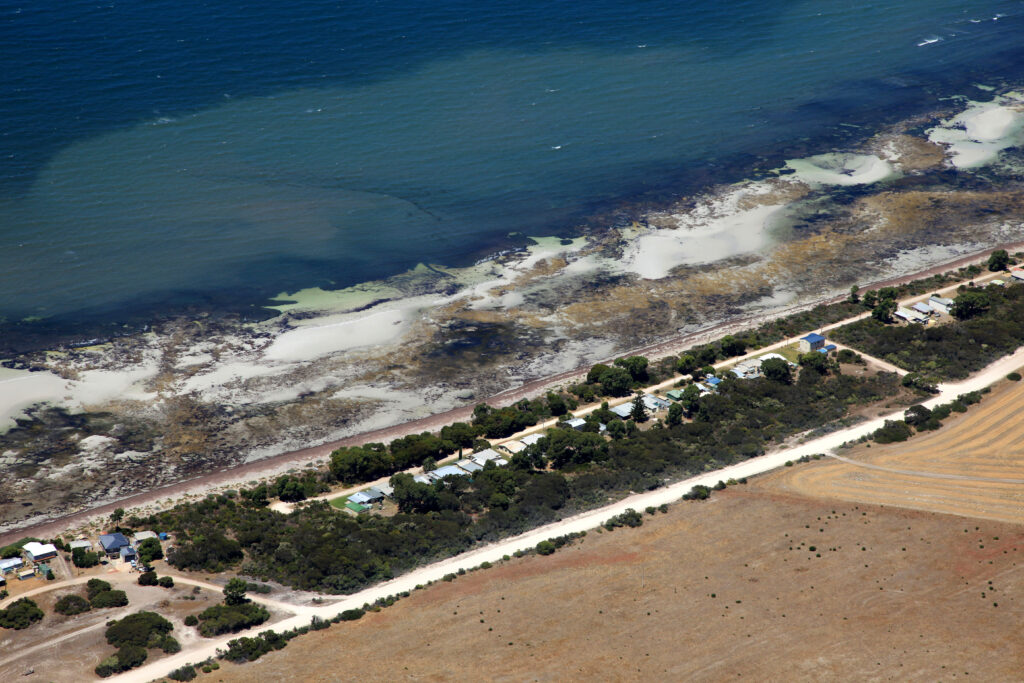 Foul Bay along with other coastal settlements like James Well, Pine Point, Coobowie and Port Clinton could be exposed long-term to flooding from future sea level rise, storm events and tidal surge.

Council staff submitted a funding application to the Coast Protection Board’s 2021-2022 Coast Protection Grant Program to prepare a long-term concept design to protect the settlements in the future.

The Coastal Protection Board confirmed $20,000 for a study at Foul Bay and $55,000 for the four other settlements.

Consultants have been appointed for the long-term planning during the next financial year.

Integrated Coast will work with Council on the Foul Bay concept whilst Wavelength Consulting will be looking at defence structures at James Well, Pine Point, Coobowie and Port Clinton.