A highly invasive prohibited weed, mistakenly sold as a plant at Ardrossan’s True Value Hardware during the past three months, must be urgently recovered to avoid an outbreak of this problem aquatic plant.

Salvinia, regarded as one of the worst weeds in Australia and rated a Weed of National Significance (WoNS), was misidentified as the native duckweed until it was recently reported to PIRSA Biosecurity. It had been growing in the local store’s indoor pond and some pieces of the plant were broken off and sold or given away to customers.

This free-floating fern is known to quickly form a thick mass of vegetation in streams and dams that could threaten the state’s primary industries and natural environments. In the right conditions, it can double in size in a couple of days and thrives in nutrient-rich aquatic environments such as agricultural run-off or sewage. Salvinia’s dense matting restricts stock access to watering sites and provides favourable conditions for disease-carrying insects, as well as affecting aquatic habitat for birds and fish.

Photo caption: The highly invasive aquatic weed Salvinia has been unknowingly sold in Ardrossan’s True Value Hardware store during the past three months. 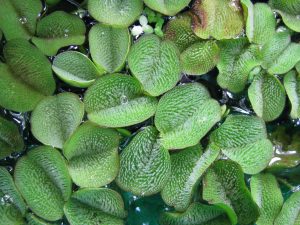 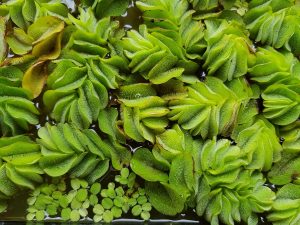